In recent years, health care in the United States and many other parts of the world is undergoing remarkable changes. With numerous options available for changing how people pay for and receive their health care, it’s no wonder why people have divided opinions.

Many individuals are part of a private health care system. This system has fewer insurance requirements for citizens, employers, and health companies. This system also requires and involves fewer government subsidies.

What Is Single-Payer Health Care?

Before talking about the single-payer health care pros and cons, you first need to understand what this system is. This type of health care offers universal health coverage. So, the government provides everyone health insurance and provides the administration of the system as well.

Many people in the U.S. do not have health insurance. In 2018, over 13.7 million Americans did not have health coverage. Even people with insurance are forced to work with the complicated web of insurance companies, hospitals, pharmaceutical companies, their employers, and government funding programs such as Medicare and Medicaid.

With single-payer health care, all these independent entities get funneled into a single channel. The government would be the so-called “single-payer.” This position entails the government determining a baseline for the health benefits for all citizens. The government also negotiates and sets the prices and scope of benefits.

How Does Single-Payer Health Care Work?

Single-payer health care works similar to how Medicare or Veteran’s care works in that individual insurance is not necessary. Although in some systems, supplemental insurance is still available for those who want to pay for it. 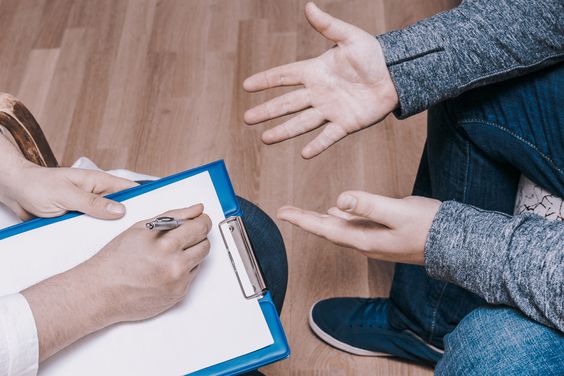 This type of health care system lets everyone pay into a centralized fund. This fund pays all medical bills of individual patients.

Under this system, the government controls the financial aspects of health costs. However, its execution relies on private management in order to maximize efficiency. The single-payer health care system requires you visiting your doctor to receive treatment even if the government is technically your health care provider. This health care program eliminates the problem of waiting for your insurance provider to approve your visit as well as other pre-visit requirements. Instead, the government would simply foot your bill out of the central fund as needed.

Some examples of single-payer systems in the U.S. include the Veterans Health Administration and Medicare mentioned previously. Currently, many countries have enacted this type of system such as Bahrain, Iceland, Norway, Japan, Slovenia, Italy, and Portugal, although each country follows its own structure.

It is essential to consider the single-payer health care pros and cons before determining your stance on which medical system is best.

As mentioned above, there are many advantages to the single-payer health care system. Here are some of the most notable.

Americans consider quality health care a right. And with this health care system in place, everyone would be covered. This critical factor is one of the most significant benefits of the single-payer health care system. Every American, regardless of their financial situation, would have access and coverage to comprehensive health care they need without having to worry about the costs. 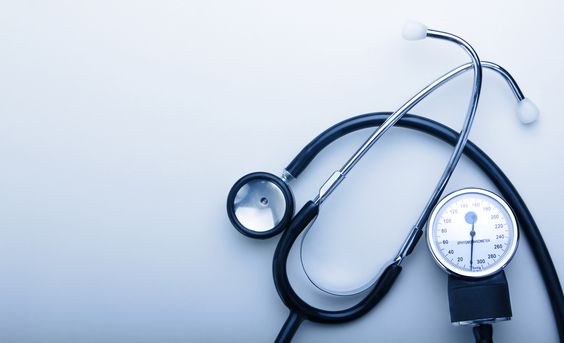 With many Americans aged 27 to 36 going without health care, 1 out of 3 Americans has chosen to sacrifice medical help simply because they cannot afford it. This statistic highlights one of the most significant gaps in the country. Since people would be getting the medical attention that they need, the general population of the U.S. would be healthier.

Countries like Australia, Denmark, Canada, and Finland provide health care insurance to everyone. This situation is a far cry from the 11 percent of the U.S. population who do not have the health coverage they need. When people do not have quality health coverage, they lose many benefits, which include preventive services.

With single-payer health care, people can schedule regular appointments with their doctor. Medical professionals can then diagnose unhealthy behaviors and signs – a crucial benefit since it is better (and easier) to prevent serious medical conditions than treat them.

The price is right 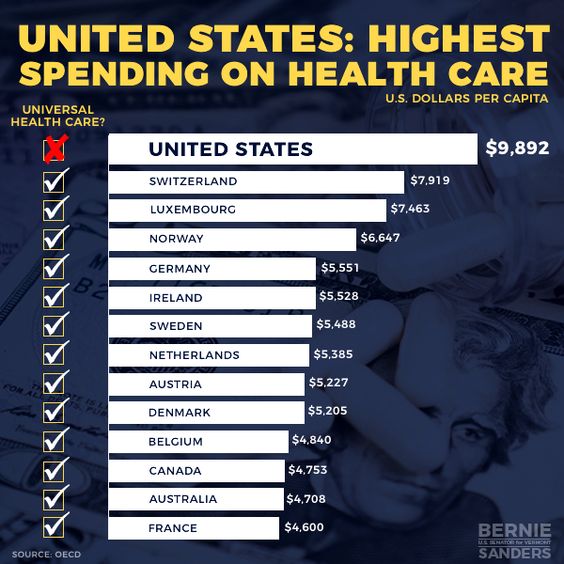 Spending in America on health care per capita is a whopping $9,237, making it the top-ranked country in the world in terms of health care costs.

With no additional charges and premiums, and with all necessary assistance covered, the cost of care would be equally spread among all taxpayers regardless of age, gender, social standing, and race, which is not currently the case in America. Through this, people with serious health problems would no longer suffer under medical debt or be unable to afford treatment.

Also, as mentioned before, preventative care would increase because people would no longer avoid going to the doctor due to the additional cost. With more minor conditions kept from escalating into more serious conditions that require far more expensive treatments and possible hospitalization, the savings are immense in the long run. 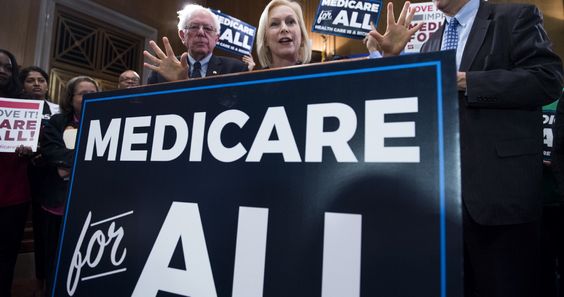 Currently, our system is extremely scattered and diverse. This makes it all but impossible to figure out the best way to funnel resources to where it is needed. This means rural and economically disadvantaged areas tend to go wanting. With a single-payer system, those who most need help will receive it in a timely fashion with less money being lost to waste and inefficiency.

In this single-payer health care pros and cons list, this advantage is one of the most significant benefits. With no insurer networks and different systems and requirements, people would interact less with the administrative wing of the health care system. And as a result, it would save both time and money.

Private health insurers feature commissions, claims administration, premium determination, risk and profit, and general admission costs factored in the bills they send to patients. Single-payer health care reduces or even eliminates these costs. As a result, the system operates at lower costs compared to other health care systems.

Costs associated with intermediaries, which include agents and managers, would also be removed. However, some administrators still need to process claims, similar to the Medicare program.

The administrative savings would include the maintenance and monitoring of the efficiency and quality of health care, as well as the development of new systems.

Not only will people save money, but providers can also benefit. Providers hire staff to work on filing claims, claim denials, checking authorization requirements, and other administrative tasks. With a single insurer, these costs will shrink since the number of parties involved will go down. 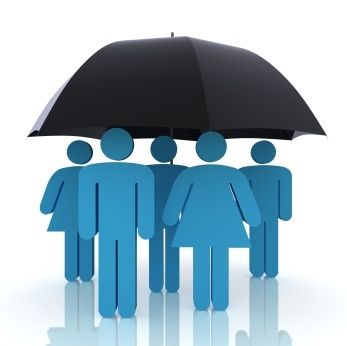 It can be hard for patients to identify providers and hospitals that are covered by their insurance. This problem makes way for surprise billings since not everyone has the time to investigate provider options, especially in emergency situations. Surprise billings also arise when medical professionals in the hospital are not covered by the same insurer as their hospital.

Many patients assume that their insurance covers all medical costs at the hospital, and this is a common mistake. This misunderstanding can result in a huge surprise at their hefty medical bills due to out-of-network professionals. The single-payer health care system gets rid of this problem.

Despite its many advantages, the system also has its flaws. To identify the single-payer health care pros and cons, you also need to consider its significant disadvantages.

The price is wrong 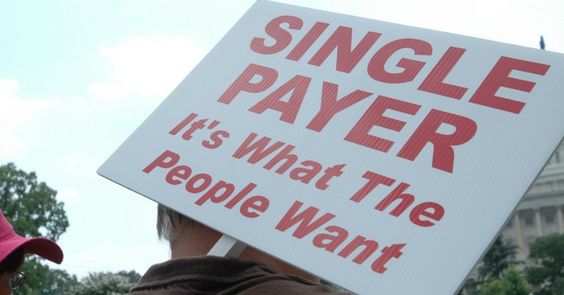 The payment scheme could affect hospital revenues and the income of medical professionals. This disadvantage could have implications for the health sector.

This health care system could lead to rural areas losing services. This is happening now, but single-payer could exacerbate the problem. This can occur if the government fails to provide enough financial incentives for hospitals to stay open or for doctors and specialists to practice in more remote areas.

While many people may be tempted to think that the elimination of competition is beneficial, they would also face limited choices. Because everyone has the same insurance plan, consumers who are not satisfied with the system will experience limited options. 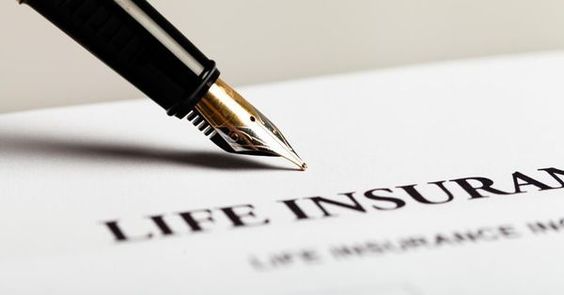 It will also be a challenge for others to meet their preferences. Some inequities in access may also come up if people who have higher incomes choose to pursue other provider options that can better support their needs.

At the same time, lack of competition may lead health care providers to lower their quality of service. They do not need to be “better” than other providers so they may put in less effort. 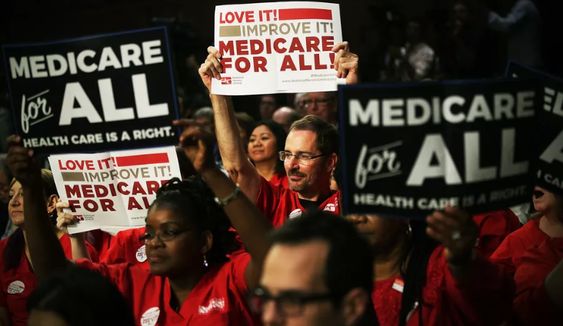 Probably the disadvantage of this health care system that worries people the most is that the government can limit services. For example, the single-payer health care system may not cover medication for people with rare conditions or may emphasize palliative care compared to more expensive options that may or may not work. 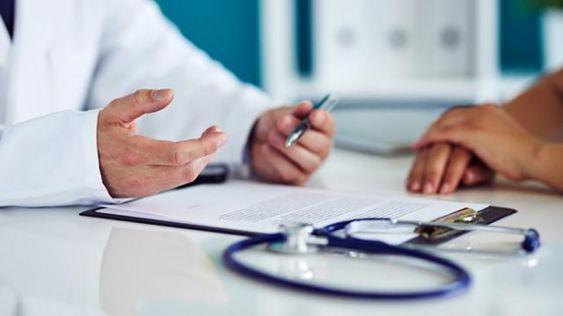 For many people, single-payer health care is the best solution to the health system issues that the country faces. However, others firmly believe that it merely infringes on people’s autonomy.

Once you consider the critical factors in the single-payer health care pros and cons, you recognize there are a number of challenges to introduce it effectively. Should the country enact this health care system, however, these challenges can be addressed. The question then becomes, would doing so be in the best interest of the nation or not?